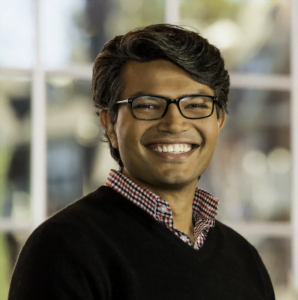 Ramneek is the founder and Managing Partner of PruVen Capital. Prior to PruVen, Ramneek co-founded and led the Global Venture Investing team at Citigroup. In this role, he built and managed the investing team, led venture investments in companies strategic to Citi and drove commercialization efforts between these companies and Citi Businesses. Ramneek led Citi Ventures’ investments in 25+ companies including Square (NYSE: SQ), Docusign (Nasdaq: DOCU), Jet.com (Acq by Walmart for $3.3B), Honey (Acq by Paypal for $4B), Feedzai, DataRobot, Homelight, Ujet and Grab among others. Prior to Citi, he was a Partner at Battery Ventures, where he helped build out the India investment effort as well as develop the local commerce and fin tech investment areas in the US. Ramneek is an active angel investor and advisor to several leading companies including Zappedy (Acq by Groupon), Cardspring (Acq by Twitter), CheckR (last valued at $2.5B), Robinhood (last valued at $11.2B), Ipsy, Vicarious and Gridspace.